The Library Department has institutional responsibility for conserving, extending, promoting and enabling use of the book heritage held by the National Roman Museum.

This is recognised as a highly specialised collection within the field of archaeology and history. It is made up of two core historical and archaeological collections – the libraries of the Palazzo Massimo and the Palazzo Altemps. 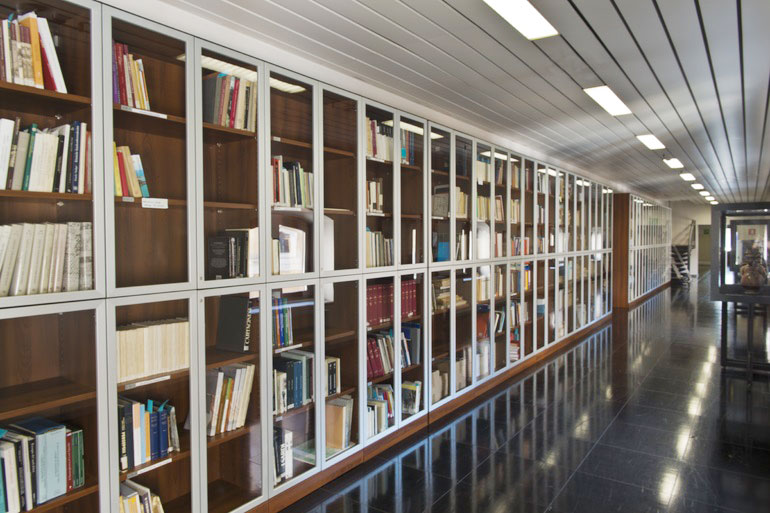 The former comprises an Antique Collection (18th century) and contemporary works with volumes associated primarily with the antiquities of Rome and Latium. The latter brings together publications linked to the history of art collecting, the history of art and archaeology and was recently enriched by the addition of a collection donated by the International Association for Classical Archaeology (IACA) relating to periodicals and monographs published by Italian and foreign cultural institutions.

The National Roman Museum is also home to the library in the Coin and Medal Collection Collection, which contains a wealth of documents covering numismatics, medals, seals and related disciplines.

The Library is open for internal consultation.

For information and reports, the Library can be contacted at the following address:

Library of the National Roman Museum’s coin and medal collection

A great many of the activities performed in the Coin and Medal Collection at the National Roman Museum require bibliographic tools, which are essential to identify, select and catalogue the extraordinary number of pieces held in its collection (more than 500,000). 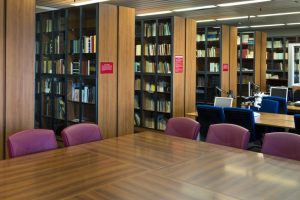 The small numismatic bibliographic collection created in the early 20th century to meet the needs of the newly founded Coin and Medal Collection was gradually increased through acquisitions, donations and exchanges until two major acquisitions at the end of the century radically altered the very nature of the collection, enhancing its prestige and functionality. 1996 saw the acquisition of a large part of the historical numismatic library of the Santamaria brothers, scholars and coin dealers from Rome, which contains a vast range of periodicals, monographs, auction catalogues and specialist indices. In 1999, through a generous donation from the heirs, the Museum acquired the extraordinary private library of Prof. Francesco Panvini Rosati, formerly the Director of the National Roman Museum’s Coin and Medal Collection and then Professor of Numismatics at the Università degli Studi di Roma ‘La Sapienza’. This donation contains an enormous range of publications on primarily numismatic and economic subjects, and volumes on history, literature, art history, medals and seals.

In 2001 these three major collections, representing the hugely rich core of the Museum’s library resources, were supplemented by the library of the numismatics journal Bollettino di Numismatica, as a result of the transfer of the Editorial Office of that publication to the Coin and Medal Collection.